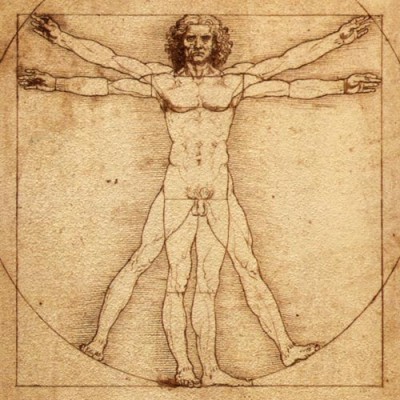 Leonardo da Vinci, who lived from 1452-1519, is well known for his anatomical sketches of the human body. He would dissect dead human remains and then draw what he saw. Dissection was completely illegal unless one was a physician, which da Vinci was not. It is believed that da Vinci would get a grave robbers, and eventually a hospital director to get him cadavers to study. da Vinci hid all of this anatomical drawings and kept them secret because of the illegal nature of what he was doing. He was able to identify not only muscles and bones, but also their functions in the body, which was an incredible breakthrough. Sadly, he was not able to share any of this knowledge with others, once again, because of the illegal nature of what he was doing. da Vinci believed only that in which he could observe, which is probably one of the reasons he resorted to dissection to learn more about the human body. He dissected bodies illegally at first, but eventually got special permission from the catholic church to dissect and sketch what he learned for a medical book. This is when he started to use the hospital director to get him bodies. Eventually, the hospital director got much ridicule over doing this and forbade dissections. As an artist and a great mind, da Vinci saw it important enough to ignore the law and study human anatomy via dissections. His deviance led to a better understanding of the human body, and is an important footnote in medical and art history.