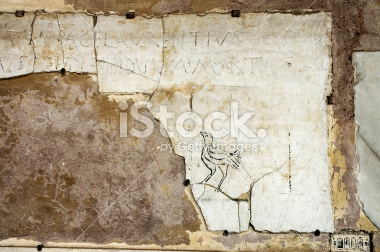 Groups, including American diplomats, have begun to attempt to eliminate a recent wave of graffiti in ancient Rome. Many Romans are appreciative of groups’ efforts to clean up Rome. However, not every Roman looks down on the graffiti. Some Romans see graffiti as a last attempt to keep tourists from around the world from claiming their city. It’s a way to mark their territory, you could say. The graffiti is very elaborate, and graffiti artists say it continues a culture dating back to ancient Rome. For instance, a phallic symbol etched into the Colosseum’s archways is still there. Despite mayor Gianni Alemanno’s plan to get rid of the graffiti, including a new Urban Decor Squad, the graffiti artist of Rome still remain strong. Opponents of the graffiti say it’s vandalism. Graffiti artist claim their work is true art that is significant to Rome. I think some of the graffiti is pure vandalism, but some is actually quite beautiful. Almost all of the graffiti has at least some significance in terms of the history of Rome. Should it be allowed? Do these graffiti artists have a right to “claim” their city with art? Is this art? Or is it a crime?

Defacement of Property or College Tradition?