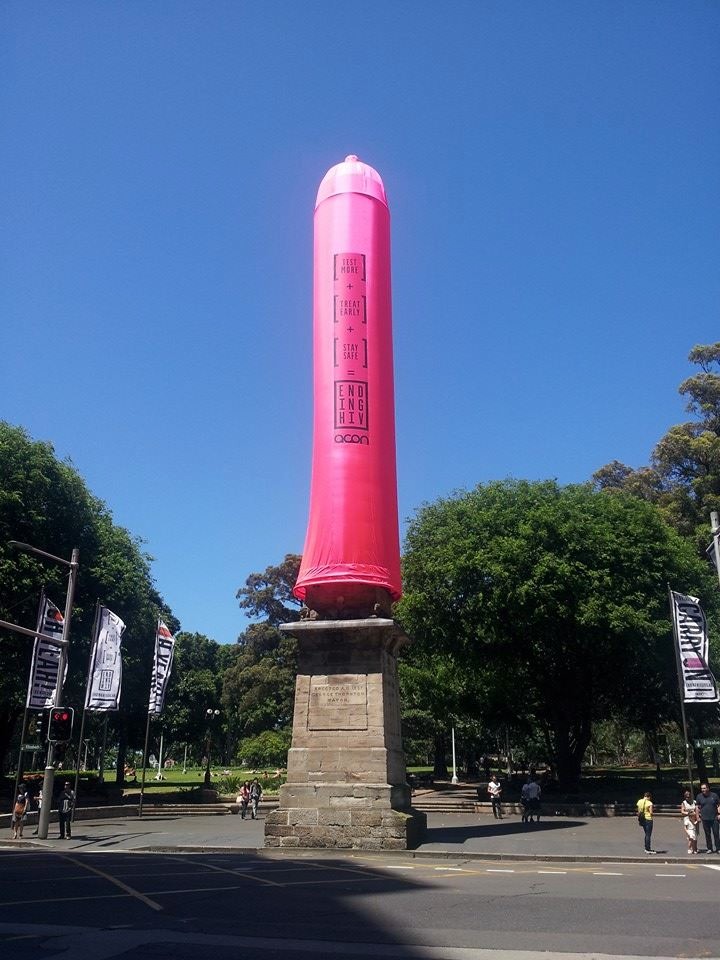 A statue in Sydney, Australia was covered with a huge pink condom in order to raise awareness for HIV prevention. The group ACON, the AIDS Council of New South Wales, is promoting the use of condoms particularly for gay men who rarely use condoms during casual sex (according to a poll). In addition to the 18-meter tall bright pink condom in Sydney’s Hyde Park, the organization is passing out condoms to promote safe sex practices. Overall it is a playful way of reminding people to use a condom and prevent the transmission of STD’s.