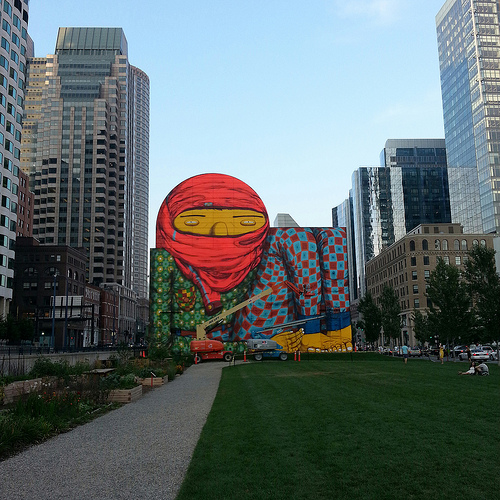 This is a mural by Brazilian graffiti duo Os Gêmeos, commissioned by the Institute of Contemporary Art in Boston. There has been controversy behind this art piece that wasn’t made to be controversial. According to Fox News, they found people that thought of this mural to be representative of a terrorist based on the hoodie and head covering of the figure. However, the ICA Boston rep said “I believe we have only received one complaint. The feedback we have received has been very positive. People love the mural and the exhibition”, in response the the so called controversial thoughts. The media network over exaggerated the public opinion of their “controversial thoughts”. Why would media coverage try to portray harmless artwork as something so controversial that especially has harsh thoughts attached to the assumptions? found from: http://flavorwire.com/358142/the-most-controversial-artworks-of-2012/5

The Esthetics of Hardware Design