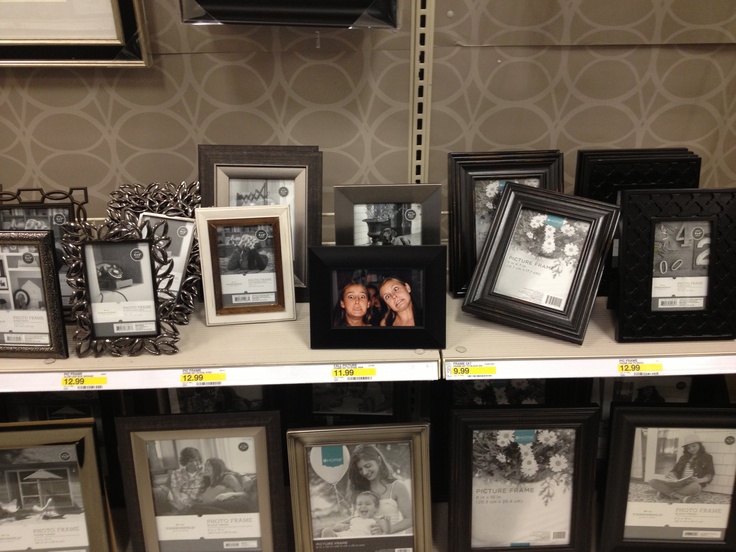 If you have ever taken notice of the sample pictures placed in the variety of frames in your local Target, you will notice that the pictures are generally “picture perfect,” black and white, flawless couples or families embracing each other with their warm impeccable smiles. This idea of capturing “unrealistic” moments for sentimental keepsakes is an notion that I stand against. I wanted to make a comment on this display of perfection with my reverse consumption project–buying an object from a store, distorting it in some way and then placing it back onto the shelves. My friends and I rarely take photos like these– what I have previously described as a “picture perfect” photo. Generally we embrace the quality of what others might consider “bad” photos, consisting of weird faces, close up and overall our pictures are just simply strange. For my reverse consumption I wanted to pull shoppers out of this idealistic perception of how photos should look, and rather pull them into the fun, odd and exciting take on what a photos should stand for–a moment to remember. It is with this idea that I was able to complete my task. I went to a local Target, bought a picture frame that originally held a black and white “picture perfect” photo, and completely transformed the frames identity by inserting my own picture. As seen above this picture contrasts quite drastically with the general sample pictures displayed at the store. It was then that I went back into the Target and placed this transformed frame back on the shelve, standing as a statement among the other frames.

Fair use or copying?